Skip to content
Does appearance matter? Watch this social experiment and see how people react to others on the basis of appearance. You’ve got to see this eye-opening video! 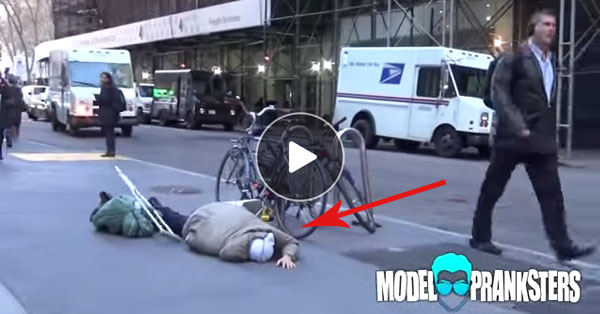 Appearance was the subject matter of a social experiment in which it was attempted to determine whether it (i.e. appearance) would affect how a person would treat another person. In this experiment, an injured person was compared with a non-injured person.

“Model Pranksters” posted on youtube a video which showcases a social experiment that they have recently conducted. In such experiment, they sought to determine whether appearance would affect of a person would treat another person who is in need of aid and comfort.

In the said video, two (2) accomplices were employed. Both of them feigned being injured by using cruthces. They then feigned falling to the ground in order to see how passersby would react. In this experiment, one accomplice is wearing a suit and a tie (in order to show his plush economic background) while the other appeared to be a sort of a serf.

The results of this social experiment are very disappointing. It breaks one’s heart to see how most people are still affected by appearance before they decide to throw themselves and give help to another person.

While it is wished that the case would be different to others, it is believed, nevertheless, that every person has an innate goodness. After all, one should not lose hope in humanity.

Were you affected by this video? Share your thoughts by posting them on the comments section.