Skip to content
For most people, weddings is a ceremony where partners solemnly vow and profess their love for each other. Through thick and thin, marriage binds two persons forever. It is an occasion that is truly unforgettable and momentous, especially for a woman. But you won’t believe this marriage ceremony in India – this girl believes that in order to break the curse cast against her family and community, she had to endure this unlikely wedding. 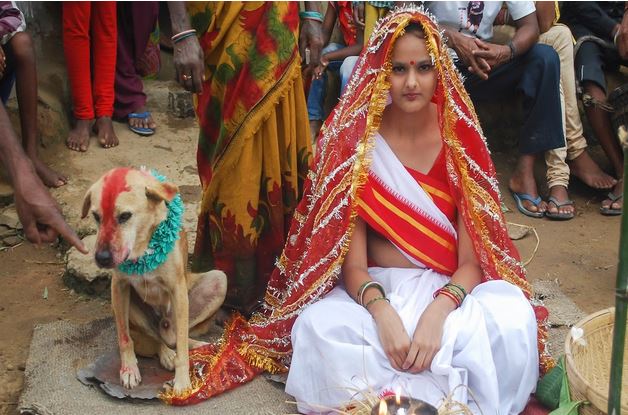 Get to know 18-year-old Indian woman, Mangli Munda, who was forced to believe that a stray dog can save her from misery. This stray dog, Sheru, according to their elders, will eliminate the evil spell reigning over Munda. The Jharkhand tribe in India had prepared a lavish wedding for Sheru and Mangli.
The stray dog was brought to the wedding through a chauffeur car. Even if hesitant, Mangli did as told – she said:  ‘I am marrying a dog because the village elders believe that my evil spell will be passed on to the dog. ‘After that is done, the man I will marry will have a long life.’
The wedding was jam packed with 70 friends and relatives from their village. The festive occasion was accompanied with traditional drumming and people dancing to celebrate thew edding. 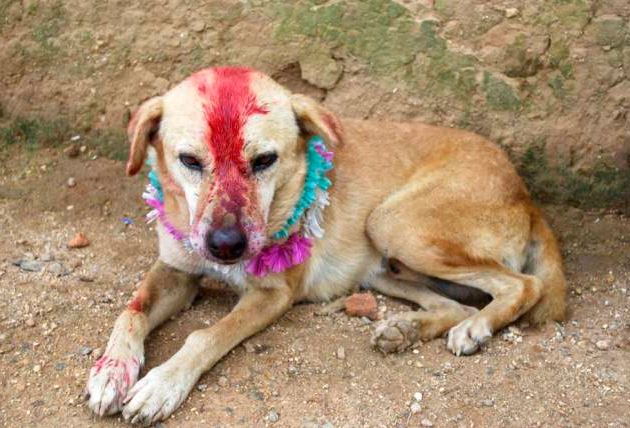 For Mangli, it was just a tradition – the ritual has been intact since hundreds of years ago and she isn’t the first local girl to undergo forced wedding ceremony with a dog. For her mother, Devi, it’s just a normal wedding: ‘Apart from the fact that the groom is a dog, we followed all customs. We respect the dog as much as we would respect a normal groom. We had to spend money on this wedding in the same way as we would in a normal wedding. But that is the only way we can get rid of her bad luck and ensure the benevolence of the village.’

If you still can’t believe, here’s the video of the bizarre wedding:

What can you say about this unlikely wedding between a dog and an Indian woman? Do you think it’s fair? Share us your thoughts by commenting below! 🙂